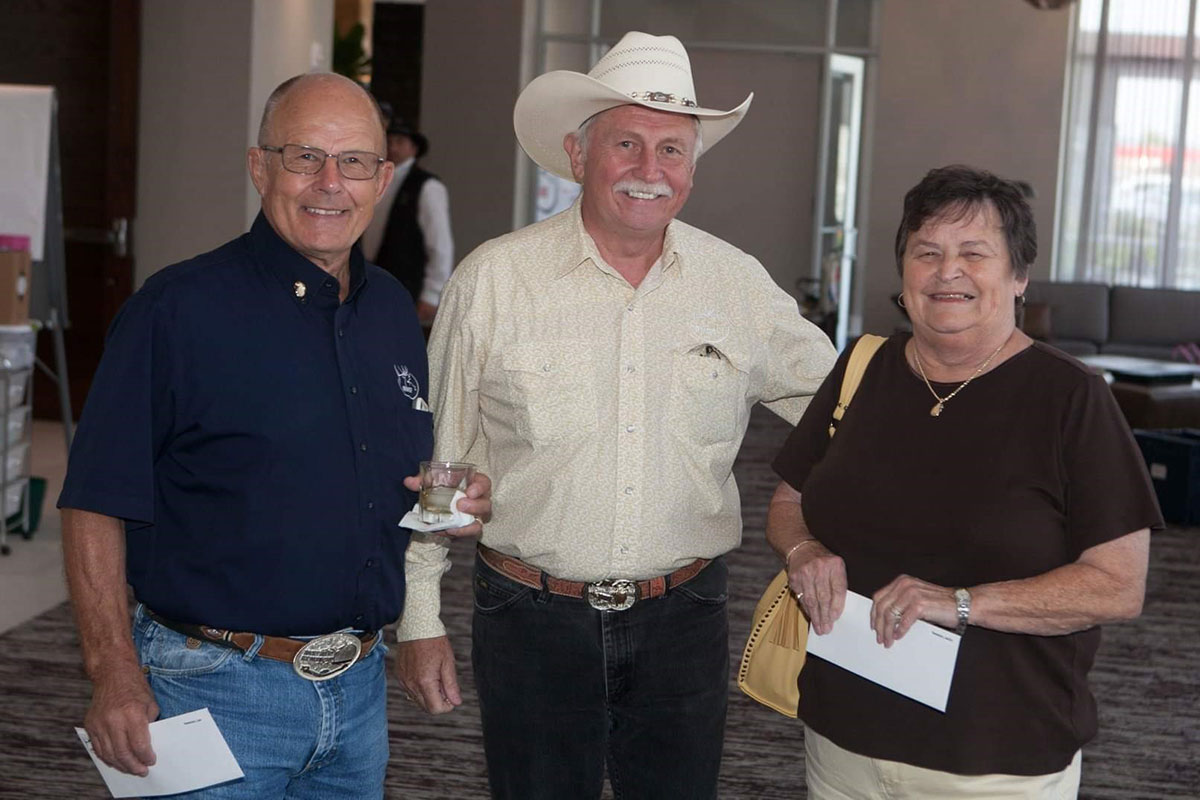 One of the most frequent questions that RMEF volunteers encounter is, “Why do you do you volunteer?” This is especially true in areas that do not have free ranging elk populations.

Those motivations are a little different for everyone, but for volunteers like Terry Mclaughlin, it’s really about people. Through two decades of volunteer work, Terry has made friends all over the country.  When he emcees banquets, people see him in his element.  If you have ever attended a banquet in Peoria, you probably have a Terry Mclaughlin story.  His enthusiasm and personality bring a personal touch to the banquet.  Attendees want to be involved because they trust Terry, and they want to support the organization he represents.  At times, finding a place to hunt deer, turkeys, waterfowl, or even small game can be difficult in Illinois.  The work that RMEF does to ensure everyone has an opportunity to hunt has made Terry committed to the organization.

Terry Mclaughlin has been leading the charge for RMEF in the heart of the Midwest for more than twenty years.  The Peoria RMEF Chapter is one of the strongest chapters in the state, just completing their 25th annual Big Game Banquet in March of 2022. Terry attended the first RMEF banquet in Peoria in the mid-1990s. Terry had previously been involved with other conservation organizations, but he found his calling with RMEF.  Within a couple of years, he found himself the co-chair of the committee and inspired other volunteers on the committee to do more.  Terry’s passion and work ethic are contagious.

Terry has been one of the most consistent pieces of RMEF in Illinois.  Terry served as the Illinois State Chair for six years and then a Regional Chair for six more years.  During his time with the organization, numerous RMEF employees in Illinois have come and gone, but Terry’s service has never wavered.  The faces of volunteers have also changed over time.  Without Terry’s constant presence, RMEF Illinois would not be where it is today.  As RMEF grows, we are always seeking new volunteers to engage and join local fundraising committees.  Terry always says, “the best volunteers find us.”  The best volunteers find RMEF because they see the passion and commitment in volunteers like Terry.

RMEF is blessed with many outstanding volunteers that have given so much to the organization.  Terry is one of the greatest examples of what a volunteer can do and achieve, and we cannot thank him enough for his commitment to ensure the future of elk, other wildlife, their habitat, and our hunting heritage for many years to come.