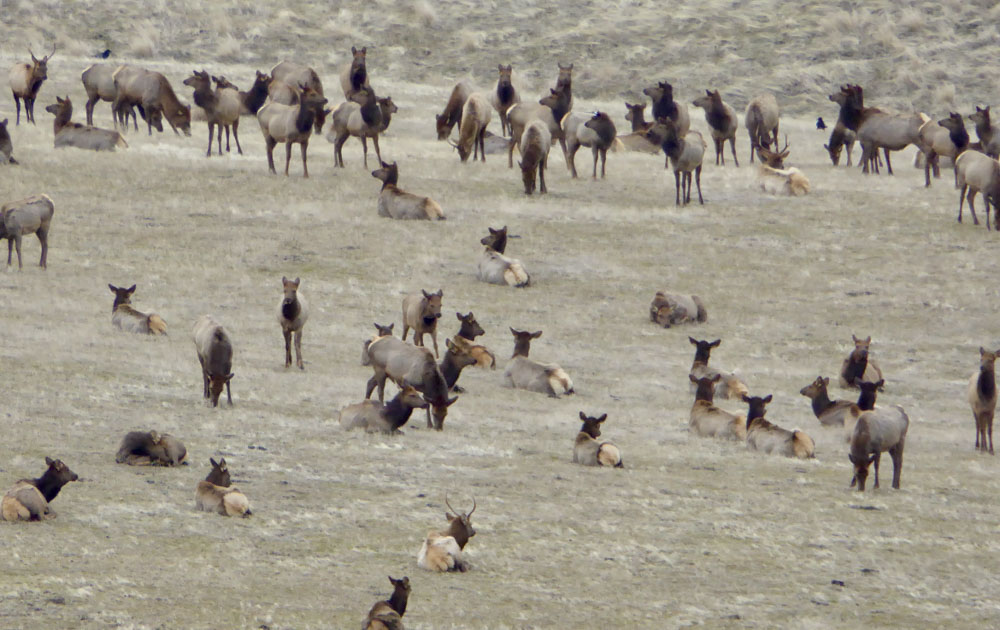 Deer, elk and pronghorn hunters are reminded their Mandatory Hunter Reports are due within 10 days of their hunt ending. Hunters can download Idaho Fish and Game’s mobile app to quickly fill out their reports, or go online to gooutdoorsidaho.com, or call (877) 268-9365. If you call in, please have your hunting license number handy.

You will be asked the following questions:

If each deer and elk hunter spends a few moments filling out a hunter report, they make a valuable contribution to wildlife management that can lead to better hunting.

What does fish and Game do with hunter reports?

They’re an important tool for wildlife managers because deer and elk harvests tend to reflect game populations, and managers can gauge whether there are changes that need to be addressed.

Fish and Game uses aerial surveys to count big game herds, and here’s a thorough explanation of that in The State of Deer and Elk. But because there can be years between aerial surveys in each area of the state, mandatory hunter reports help managers understand what is happening with herds in between flights.

Aerial surveys backed by hunter reports have for decades been the mainstay of data used by biologists across most of Idaho. But in thickly wooded portions of northern Idaho, aerial surveys are not as effective. In those places, hunter reports are the best tool wildlife managers have to gauge the health of herds, so good data is even more critical.

What happens if I don’t report?

In recent years, only about 60 percent of hunters filled out their mandatory hunter reports, which meant biologists had to fill in those blanks with expensive telephone surveys, or use statistical estimates to round out the data, neither of which is as accurate as hunters taking a few minutes to fill out a report. It’s a simple way hunters can do their part to help manage deer and elk.

It’s also important to know if a hunter didn’t harvest, and even if they didn’t hunt, so everyone who bought a deer, elk or pronghorn tag needs to fill out a harvest report.

Will this be used against me?

No. We’re not trying to track individual hunters and give away where they killed a deer or elk. Harvests are tallied by units, and overall harvest data is available in the popular and widely used Hunt Planner, which provides the previous year’s harvest stats.

Many hunters have asked why we ask how many antler points were on their buck or bull, and it’s a fair question. That’s another way of knowing the ballpark age of the bull or buck, and it’s another piece of information for the wildlife manager to assess if the current harvest is likely to be sustainable, or if more harvest could be allowed.

The more accurate hunter reports are, the better biologists understand what’s happening to deer and elk herds on the ground, and wildlife managers can react with any needed management changes.

When biologists receive fewer hunter reports, they have to rely on estimates while also trying to filter out statistical biases.

For example, successful hunters tend to report at a higher rate than unsuccessful hunters, which means if you take the success rate of the 60 percent who reported and apply it to the 40 percent who did not report, you would likely end up with a higher harvest estimate than what actually occurred. That could lead managers to believe a population was over harvested, and result in more conservative hunting seasons.

Biologists can correct some of those statistical inaccuracies, but with more hunters reporting, there’s less need for estimates. If wildlife managers are unsure of the data, they err on the side of caution when proposing upcoming hunting seasons, particularly the number of tags available for controlled hunts.

Hunter reports are an effective tool wildlife management, and hunters reporting accurately and in a timely manner is a critical part of that.