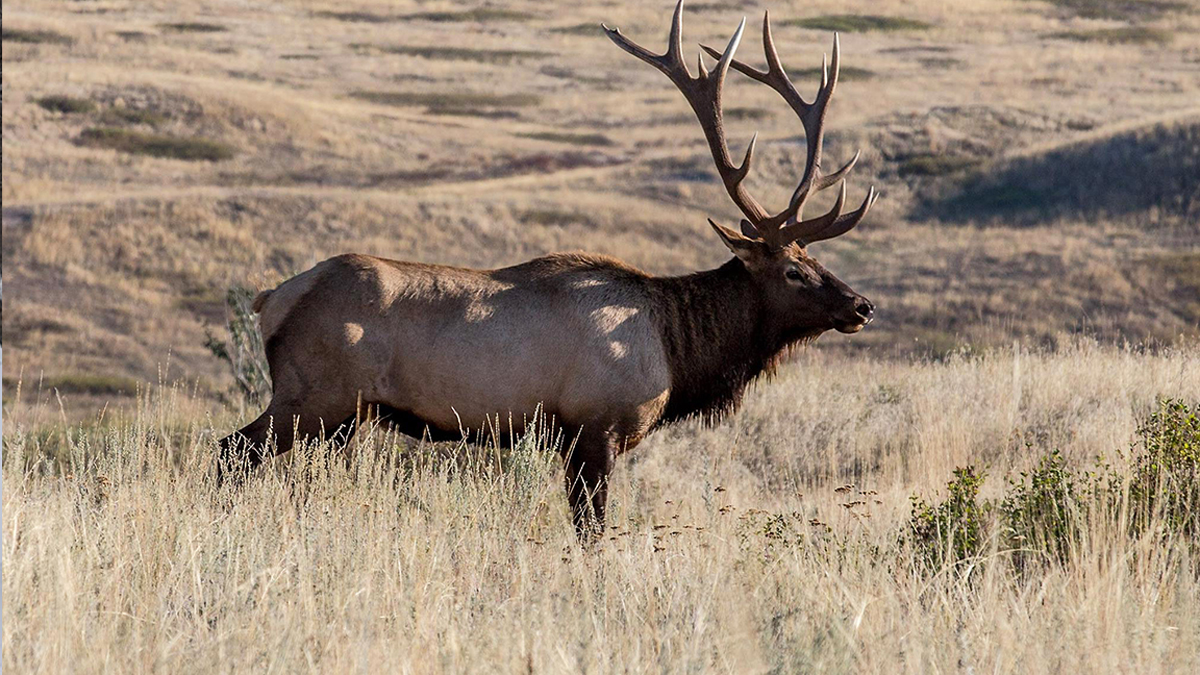 Below is a news release from the U.S. Attorney’s Office.

Adrian Duane Wood, 44, was sentenced to five years’ federal probation to include a six-month stay at a residential reentry center. The court also ordered that Wood be banned for life from Crater Lake National Park, be restricted from hunting for the duration of his probation, and pay $42,500 in restitution to the National Park Service.

“Our nation’s environmental laws are in place to protect vulnerable wildlife populations and ensure that future generations will have the opportunity to enjoy these animals as we do today. Mr. Wood preyed on elk and deer who were unaccustomed to being hunted and thus uniquely vulnerable to poaching,” said U.S. Attorney Williams. “Beyond the depravity of his crimes, Mr. Wood further engaged his minor son in his illegal acts and bragged about his criminal behavior to others. Thanks to the hard work of federal and state investigators, justice has been served and Mr. Wood has been permanently banned from Crater Lake.”

“Our public lands are special places for both people and wildlife,” said James Ashburner, Special Agent in Charge, U.S. Fish and Wildlife Service. “The defendant’s blatant disregard for the law caused great harm to the elk herd in the park. This joint case demonstrates the resolve of National Park Service, Oregon State Police, and the U.S. Fish and Wildlife Service in protecting our nation’s natural resources. A special thank you goes out to the Service’s National Wildlife Forensics Lab for their incredible work on this case, as well as to the U.S. Attorney’s Office for the District of Oregon for placing an emphasis on environmental crimes that impact the natural world we all enjoy.”

According to court documents, in July 2014, the National Park Service (NPS), U.S. Fish and Wildlife Service (FWS), and Oregon State Police (OSP) began a multi-year investigation into Wood’s illegal hunting activities based on reports that he was poaching wildlife in Crater Lake National Park. At least two sources stated that Wood had killed several deer and elk on the west side of the park after baiting them into meadow with rock salt. OSP received further reports that Wood was illegally poaching wildlife at night.

On August 31, 2014, an OSP trooper observed Wood and his son leaving the national park after dark. When the trooper approached him, Wood hurried toward his vehicle and acted as if he were trying to hide something. After speaking with Wood, the trooper located a loaded AR-15 semi-automatic rifle outfitted with night optics beneath his truck. Wood initially claimed the rifle was for bear hunting, but after the trooper pointed out that the rifle was not lawfully equipped to hunt any wildlife, Wood then claimed it was for personal protection. The trooper cited Wood for being a felon in possession of a firearm and seized the rifle. Wood was convicted in state court of the charge and placed on probation.

Throughout 2015, NPS and OSP continued receiving reports of Wood’s illegal poaching. NPS rangers found carcasses and piles of rock salt in an area of the park frequented by Wood. In October 2015, an NPS ranger found an elk skull, jaw, and vertebrae in the national park. The remains were determined to be near a custom track log found on Wood’s GPS unit. Investigators later learned Wood entered and won second or third place in a Sportsman’s Warehouse Big Bull elk hunting contest.

In August and September 2016, Wood engaged in several incriminating text conversations. On August 28, 2016, Wood texted his wife about his attempt to locate a bleeding elk he had shot. A photo later discovered on Wood’s phone, taken on August 28, appeared to depict a trail of blood. Investigators also found a custom waypoint named “Hit” on Wood’s GPS device created the same morning as the date-stamped photo. The “Hit” location was within the boundaries of the national park.

On September 7, 2016, Wood texted another individual, bragging about his hunting activities: “I’ve been in the elk since opening season and passed up 5 last Sunday because I have a problem shooting a small 5 point when there is a monster 50 yards away screaming at me…I’m pretty good at finding elk around here, I’ve killed 24 and get one every year.”

On September 22, 2016, OSP contacted Wood in his vehicle as he was pulling a horse trailer near the boundary of the national park. Although Wood stated he had not been hunting in 2016, the trooper observed blood on Wood’s hands and clothing. Wood then gave the trooper a partially validated Oregon Department of Fish and Wildlife (ODFW) archery elk tag, which also had blood on it. The next day, an OSP trooper returned to the area where they had contacted Wood, walked a short distance into the national park, and discovered a freshly killed and partially butchered elk. The carcass was in the same meadow wherein Wood was previously reported to have hunted elk. The trooper noted that the elk’s head was sawed off and some meat was removed. Shortly thereafter, Wood texted photos of himself posing with the elk. OSP obtained the photos and matched them to the carcass.

On October 4, 2016, FWS agents executed a federal search warrant on Wood’s residence. They located multiple firearms, assorted ammunition, and several wildlife specimens. FWS special agents later searched Wood’s GPS units and confirmed he was in the national park when he killed the bull elk on September 22 and had marked the location of the kill. They further confirmed that the majority of his GPS hunting waypoints and track logs between 2011 and 2016 were within the boundaries of the national park.

Forensic scientists at the FWS National Fish and Wildlife Forensics Lab, conducted forensic examinations and genetic analyses of the wildlife specimens taken from Wood’s residence and compared them to animal remains recovered in the national park. DNA analyses revealed that Wood possessed parts of at least 13 elk, 12 deer, and one black bear, and the blood found on Wood’s ODFW archery tag matched the DNA of the elk poached on September 22. A forensic pathologist further determined the elk killed on September 22 had been killed by a gunshot. In total, investigators definitively linked six seized specimens to elk or deer poached by Wood in the national park in 2015 and 2016.

On May 1, 2019, Wood was indicted by a federal grand jury in Medford, Oregon for violating the Lacey Act by unlawfully taking and transporting a trophy bull elk from Crater Lake National Park and illegally possessing ammunition as a convicted felon. On August 17, 2020, Wood pleaded guilty to the Lacey Act charge and agreed to pay restitution to NPS for the wildlife illegally taken from the national park.

This case was investigated by the U.S. Fish and Wildlife Service Office of Law Enforcement, National Park Service, and the Oregon State Police Fish and Wildlife Division. It was prosecuted by Adam E. Delph, Assistant U.S. Attorney for the District of Oregon.

The U.S. Fish and Wildlife Service is responsible for protecting America’s wildlife from poaching, illegal commercialization, and other kinds of wildlife crime. If you have information related to a wildlife crime, please call 1-844-FWS-TIPS (1-844-397-8477) or email [email protected]