Elk NetworkRaging Wildfire Does Not Stop RMEF Volunteers at Work 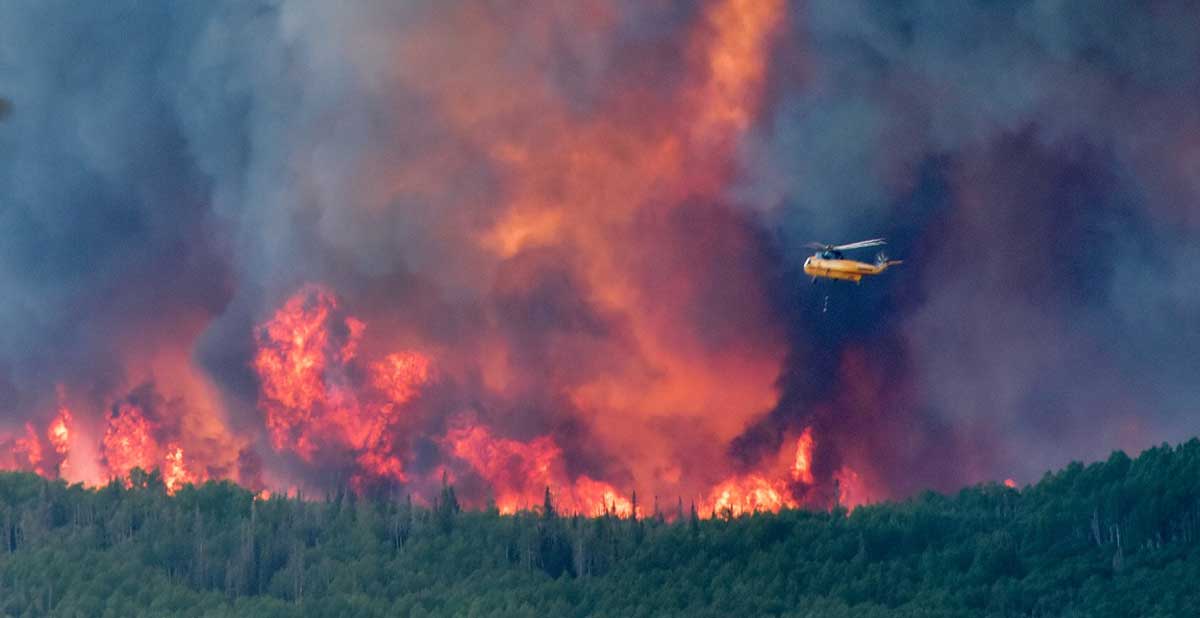 It looked like the largest, active wildfire in the United States may cancel the Rocky Mountain Elk Foundation’s 2017 Utah Rendezvous and its hand’s-on Jackass Flat guzzler project. After all, it was all U.S. Forest Service (USFS) employees on deck as the 45,000-acre Brian Head wildfire burned out of control less than 70 miles away from the Richfield District of the Fishlake National Forest. Strong winds fueled flames more than 300 feet into the sky as more than 1,000 firefighters labored to save hundreds of homes around Panguitch Lake, Horse Valley and Mammoth. The fire already destroyed 13 homes among the more than 20 structures taken.

“We keep using the word ‘unprecedented’ because this is a crazy fire for this time of year, especially in this part of the state,” Shayne Ward, Utah Department of Natural Resources firefighter, told KSL-TV.

Sean Kelly, wildlife biologist on the Fillmore Ranger District of the Fishlake identified the Jackass Flat project, but instead answered a call to assist with the fire. Kreig Rasmussen, long-time Richfield District wildlife biologist, got the call to work security of the fire but later received special permission to leave the scene and return to Richfield the night before RMEF volunteers gathered to complete the long-planned big game guzzler.

Rising early the next morning he transported the backhoe/grader to the project site, digging the spot for the guzzler. As the RMEF volunteers arrived, Kreig was still preparing the apron site. Kelly also arrived early from the fire to help.

Despite the uncertain circumstances, some 80 Utah RMEF volunteers gathered at Fremont Indian State Park to celebrate working for wildlife. Starting with a brat and burger dinner Friday night, followed by primitive weapon atalatal shooting and then a black light scorpion hunt for the kids, young and old, the gathering kicked off.

Saturday morning started with a hearty country breakfast followed by some 45 RMEF workers traveling to Jackass Flat on the Pahvant Plateau to work on a wildlife guzzler. After four hours directing the RMEF crew, Rasmussen had to return to the Brain Head Fire to continue his security assignment.

“The Boss Tank Company should make an instructional video of how to put in a wildlife guzzler with the RMEF workforce,” Rasmussen told volunteers before leaving. Many of these volunteers had put in more than a few wildlife guzzlers over the past six or seven years, and could work without direction.

That night, after the successful guzzler project, the whole group gathered for a catered dinner (underwritten by long-time supporter Les Schwab Tires Center) of smoked turkey, smoked tri-tip, mashed potatoes and gravy, baby carrots and green salad, roll, capped off with carrot cake. Dinner was followed by a kids drawing and then a larger drawing for all of the RMEF volunteers.

Sunday continued with fun at the State Park, strengthening friendships and bonds for the six chapters represented. As the Rendezvous drew to a close, all were happy about this successful event planned by Southern Utah RMEF District Chairman Bryan Carter, assisted by members of the Fishlake Chapter.

“RMEF folks are the cream of the crop!” said Carter.

All who enjoyed this great event couldn’t agree more.