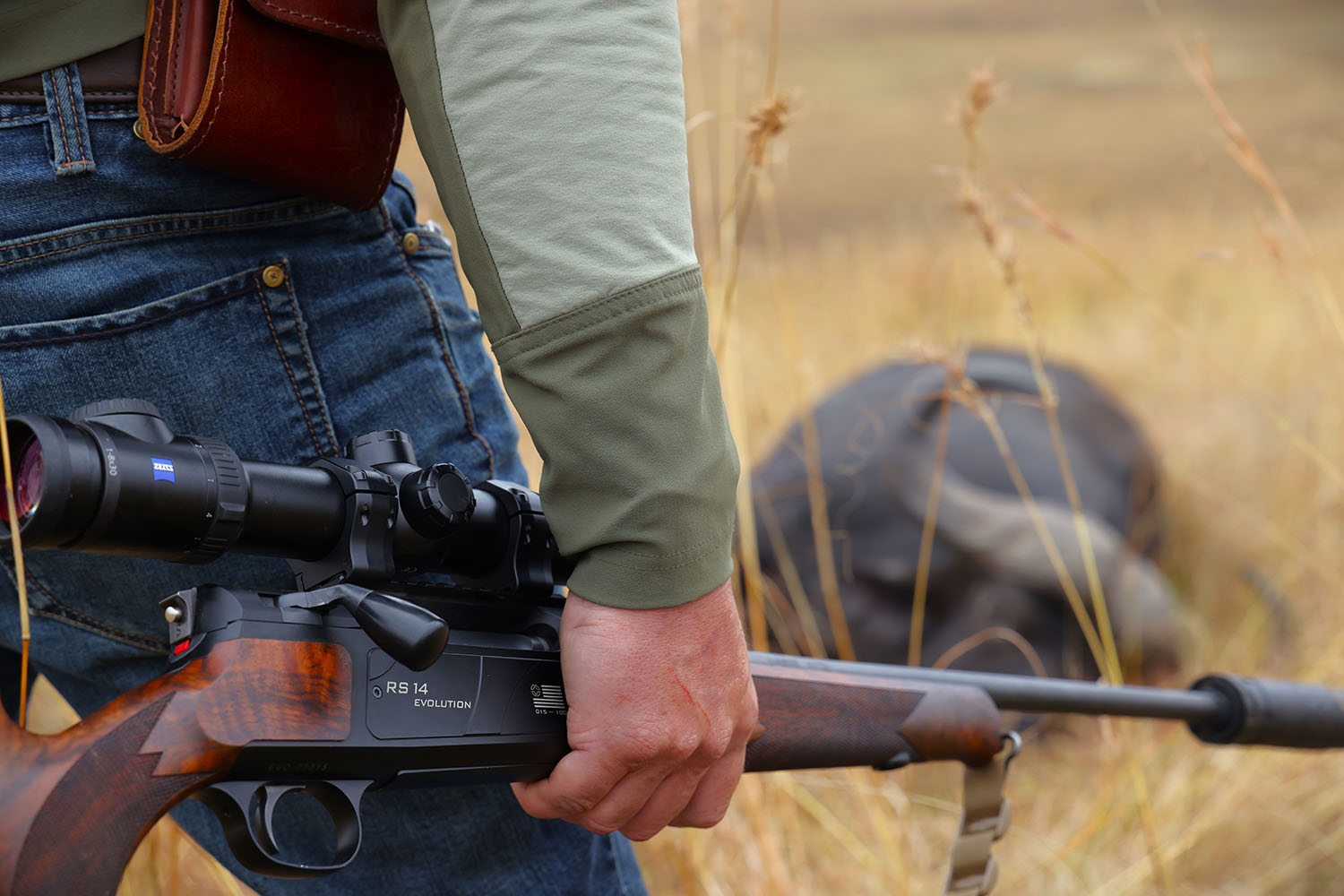 Despite achieving great success among the cognoscenti in Europe, the little Austrian company of Strasser is almost unheard of on this side of the pond. Their RS14 Evolution model has been in production for the past decade, and has proven itself in some of the most austere hunting environments in the world, yet you’ll struggle to find anyone who’s shot one, let alone swap notes with a fellow owner in hunting camp. We think that’s a pity, as they’re one of the finest rifles available at any price. Straight pull actions are a very European thing, yet they’re starting to make inroads into the US market, and for good reason. Blaser and Savage both have American models, and the US consumer is starting to come around to the advantages they offer – namely lightning-fast reloads and a big reduction in the amount of sight disturbance, should you need to get off a second shot. The Strasser RS14 kicks things up a notch, with an amazing degree of modularity which allows the user to configure their rifle to hunt just about any animal on the planet. Need a light-recoiling .243 for Texas whitetail, and a 7mm Magnum for elk? Or how about a .416 Ruger for dangerous game? The RS14 allows a hunter to swap out barrels in less than a minute, with nothing but the tools stored on-board the rifle, which means you can be ready for anything mother nature sends your way.

In a recent trip to South Africa, we took barrels chambered in the venerable .270 Win and 9.3×62 calibers – sure, there are plenty of more modern cartridges which offer a meaningful step up in performance, but we figured that in the event of our bags making a left turn at Albuquerque, local stores would be able to replenish our magazines. In the event, an emergency resupply wasn’t needed, and we got to hunt a magnificent variety of plains game with the .270, before swapping out barrels for a heart-stopping Cape buffalo hunt. All with the same rifle.

Because of the RS14’s integrated Picatinny rail milled directly into the receiver, there’s no need for expensive proprietary scope mounts – just use whatever set of rings you happen to like – and however many times you dismount and mount the barrel, you can be confident that it’ll return to zero. There are several reasons for this degree of repeatability. The first is the quality of the barrel itself, machined in-house from Lothar Walther blanks, while others include its exceptionally long and finely finished bearing surface – almost twice as long as other bolt action rifles – which slides into the precision-fit receiver. Speaking of which, each receiver starts out as a 20lb block of 7075 T6 aluminum, which is then machined on the same CNC equipment used to make parts for the Europe’s space program – the Strasser company is a prime contractor for the European Space Agency, so they know a thing or two about maintaining tight tolerances.

All of this translates into an action that’s the slickest on the market – if you get the chance, try this party trick. With an empty rifle, pull the bolt to the rear then holding it level, try giving it a quick shuck. The bolt will fly into battery and lock up without any further input, amazing your friends and causing them to buy you drinks all night. Well, we can’t actually say for sure they’ll belly up to the bar, but it’s a pretty cool demo nonetheless.

It’s hard to make use of a rifle’s inherent accuracy when you’re struggling with an indifferent trigger. The RS14’s modularity extends to this most vital aspect of the design, and its removable trigger pack allows the shooter to set pull weight at one of three preset values without the use of any tools apart from a fingernail. If a crisp, 2.5 pound trigger still isn’t to your liking, simply press forward on the trigger blade to set it, and this drops the weight to an amazing 8 ounces.

This level of technical expertise coupled with old-world gunsmithing doesn’t exactly come cheap, but the Strasser lineup compares favorably with other European straight-pull bolt actions. If you’re looking for a rifle with a truly world-class set of features, yet don’t want to follow the crowds, you owe it to yourself to check out the RS14 Evolution. Just don’t tell anyone, as you’ll probably want to keep it a secret…