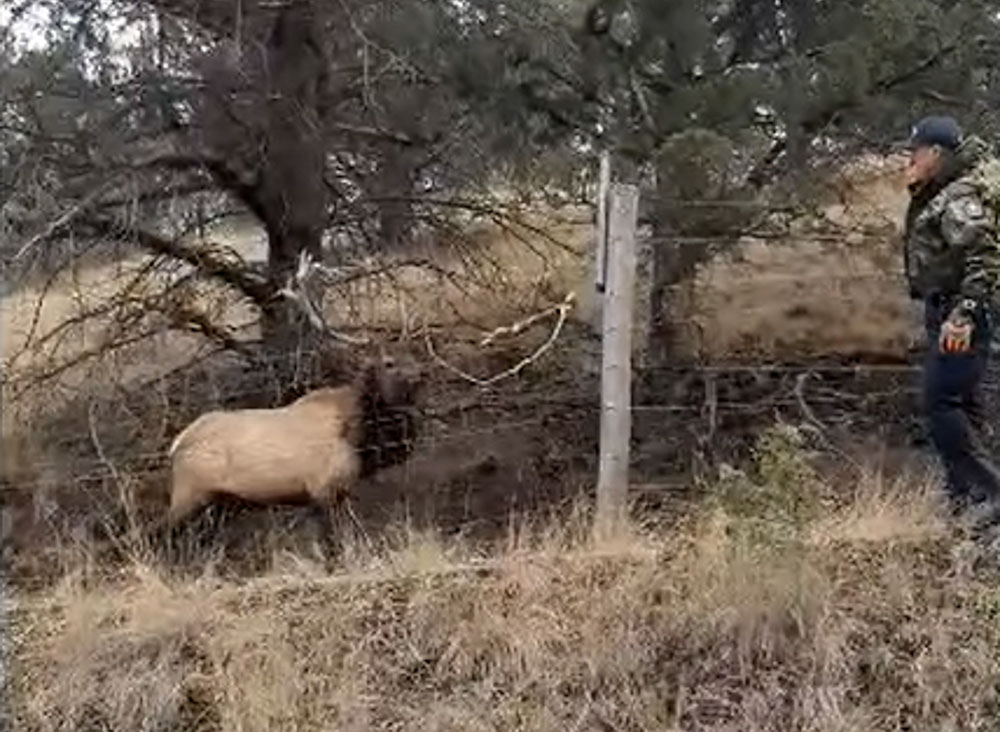 It does not appear that this bull elk was as appreciative of being rescued as we thought he would be.

As you can see from this video, these wild animals are aggressive and dangerous. If you come across a wild animal in distress, please do not engage. Call for assistance from an OSP Trooper by dialing *OSP from your mobile phone or 800-442-0776.

Sr. Trooper Vaughn responded to a report of a bull elk that was injured and caught in a fence near Mitchell, Oregon. This large 5-point bull elk was caught up in heavy wire around its rear legs and antlers, however, no serious injuries were observed. The Oregon Department of Fish & Wildlife was contacted for a tranquilizer response but was unable to respond.

Sr. Trooper Vaughn and a Wheeler County deputy teamed up to remove all the wire from the animal’s legs using bolt cutters. A large amount of wire wrapped around the neck, head, and antlers was also cut. The bull elk was freed with just a small remnant of wire left around the antlers.

Go here to view the video.