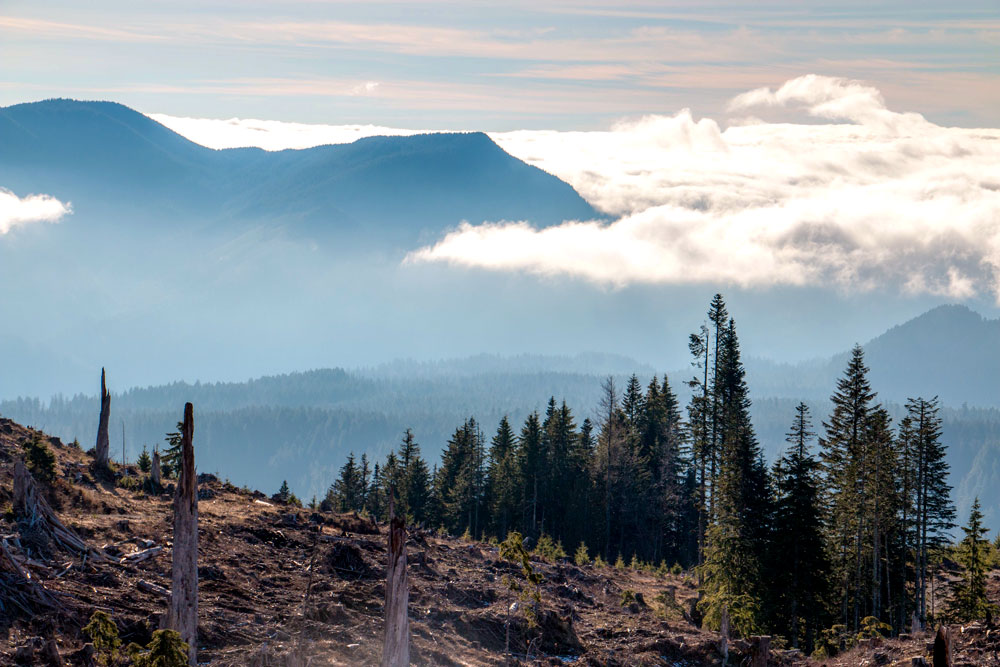 MISSOULA, Mont. — Hunters, anglers and others who enjoy the outdoors now have access to a scenic swath of wildlife habitat in southwest Washington due to collaborative conservation work by the Rocky Mountain Elk Foundation and PacifiCorp, an electric utility company.

The project permanently protects and opens public access to 5,110 acres between Mount St. Helens and Swift Reservoir in the Lewis River Basin, and another 542 acres near Yale and Merwin Reservoirs for a total of 5,652 acres of habitat for elk and other wildlife.

“We salute our PacifiCorp partners for working with us side-by-side for more than a decade to benefit Roosevelt elk and elk habitat,” said Kyle Weaver, RMEF president and CEO.

The latest and final purchase of the four-phase project covered 640 acres in the Lewis River Basin. The first three phases of the Swift project wrapped up in 2010, 2012 and 2017. RMEF completed its first project with PacifiCorp in 2009.

“When the land acquisition process began, it was about searching for willing sellers. After that first acquisition, the process changed from finding opportunities to making opportunities to meet our land acquisition goals and strategies, said Kendall Emmerson, principal environmental scientist at PacifiCorp. “RMEF was instrumental in this success by providing innovative strategies to acquire properties and meeting our funding constraints. Throughout the process there were challenging stumbling blocks, but RMEF would come back with a fresh approach and renewed energy that ultimately resulted in this wonderful success story. “

The landscape features summer and winter range for elk as well as a secure migration corridor to higher elevation summer range on the Gifford Pinchot National Forest and the Mount St. Helens Volcanic National Monument. Additionally, it provides habitat for black-tailed deer, mountain lions, black bears and other animal and bird species.

“The most recent purchase by PacifiCorp represents the completion of a nearly 20-year effort to acquire lands in the watershed of the North Fork Lewis River to offset the terrestrial habitat loss associated with creation of the reservoirs behind Merwin, Yale and Swift dams,” said Eric Holman, district biologist for the Washington Department of Fish and Wildlife. “PacifiCorp’s wildlife habitat management program offers an example of what can be achieved when governmental, private, tribal and non-governmental entities work together to achieve a common goal.

The property was originally in a checkerboard ownership pattern, but now provides connectivity with state and federal lands to the north and is part of a 15,000-acre landscape managed as wildlife habitat by PacifiCorp and open to non-motorized public access including hunting and other recreation. Management is conducted with input from RMEF, the Cowlitz Indian Tribe and natural resource agencies. About PacifiCorp
PacifiCorp is one of the lowest-cost electricity producers in the United States, serving 1.9 million customers in the West. PacifiCorp operates as Pacific Power in Oregon, Washington and California, and as Rocky Mountain Power in Utah, Wyoming and Idaho. The company works to meet growing energy demand while protecting and enhancing the environment.