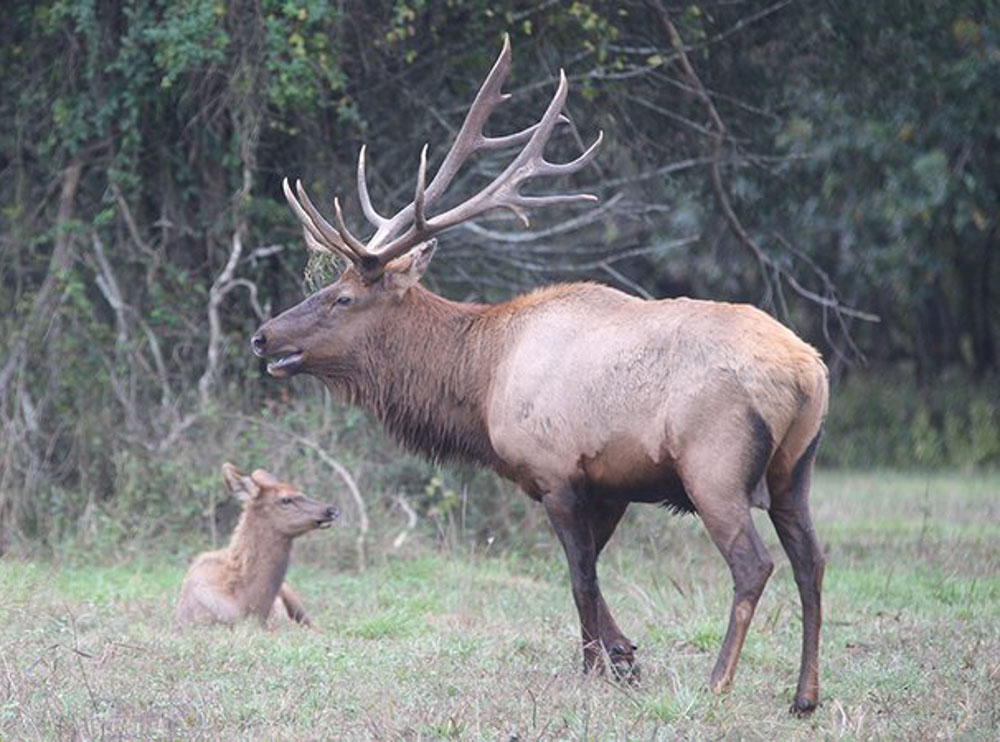 Below is a news release from the Arkansas Game and Fish Commission. Since 1992, the Rocky Mountain Elk Foundation and its partners completed 109 conservation and hunting heritage outreach projects in Arkansas with a combined value of more than $5.4 million. These projects conserved and enhanced 80,664 acres of habitat and opened or improved public access to 514 acres.

Acorn or “akern,” no matter which way you pronounce it, those little nuts falling from oaks during the 2022 Arkansas elk hunt played a pivotal role in hunters fulfilling a lifelong dream last month. According to Wes Wright, Arkansas Game and Fish Commission Elk Program coordinator, a heavy crop of acorns kept most elk in the woods and away from the traditional fields during the hunt, resulting in 26 elk during the scheduled elk season.

Of 21 hunters drawn for public land elk-hunting permits this season, only 10 were successful. Four bulls and six antlerless elk were taken on Gene Rush WMA, Bearcat Hollow WMA and public land along the Buffalo National River.

“Justin Sanford of Greenbrier was our only youth,” Wright said. “He hunted Gene Rush WMA and scored on an antlerless elk.”

Private land hunters fared better than their public land counterparts, with 14 (10 bulls and four antlerless) elk harvested. They did fall well short of the 27 elk quota set for this season, but Wright says that’s not uncommon once the bull quota is reached.

“They actually passed the zone’s nine bull quota by one elk because the quota had not been filled at the beginning of a hunt day and multiple hunters bagged an elk during that day’s hunt,” Wright explained. “Most of our private land hunters are after a bull and don’t pursue the elk as hard once the bull quota is reached, so it’s not uncommon for that antlerless quota to remain unfilled at the end of the hunt.”

Wright says the private land harvest may even have a new state record, a 7 x 8 elk taken in Searcy County by Billy Harris. “We rough scored it at the check station and it came up to 378 inches of antler, and Mr. Harris’s taxidermist green-scored it at 392 inches,” Wright said. “It has to have 60 days of drying time and will be scored officially after that, but it’s going to be close to the current record, which is 355 inches.”

The remaining two elk were taken from the Statewide Elk Zone, both in Pope County. According to AGFC regulations, any elk outside of the Core Elk Zone may be taken during an open deer season with weapons legal for that season.

“We may still have another elk or two taken in the statewide elk zone, but it’s pretty rare,” Wright said. “We’ll confirm the final harvest at the end of deer seasons to make sure all elk harvested are accounted for in the final harvest report.”