Elk NetworkElk 101: Can an Elk and a Moose Reproduce? 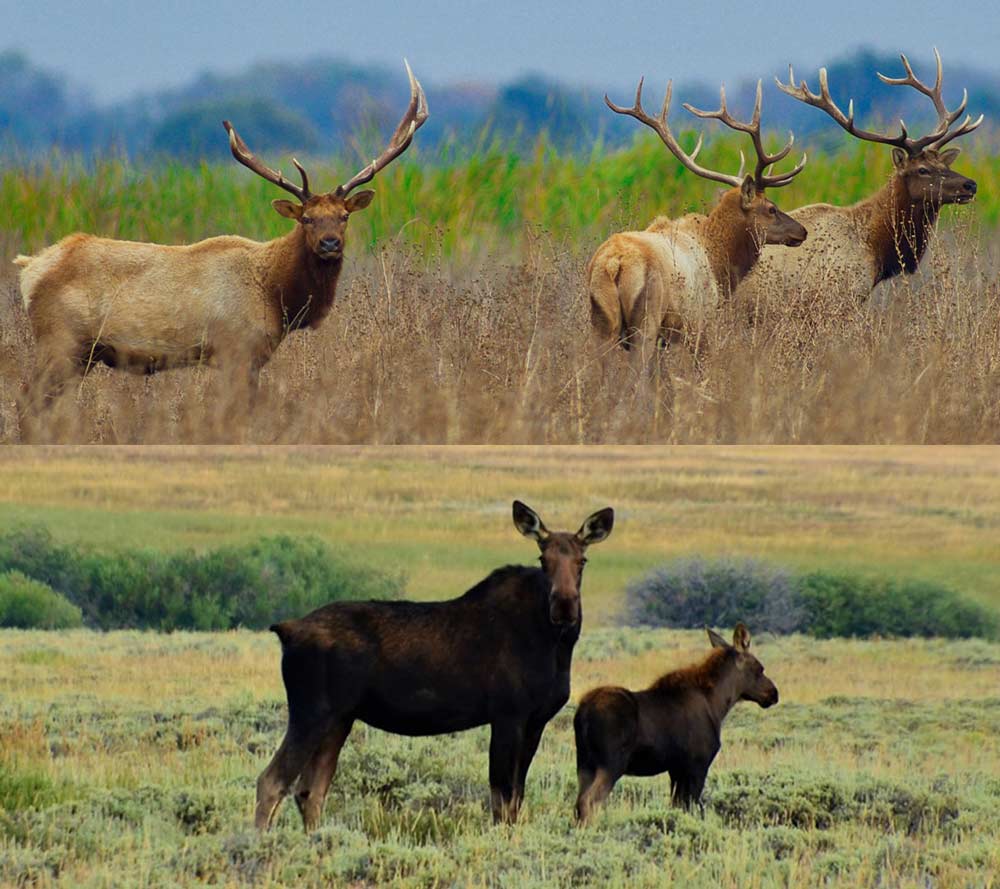 The Elk 101 article below appeared in the 2020 May-June issue of Bugle magazine. If not a member of the Rocky Mountain Elk Foundation and you would like to receive more Bugle content like this, go here to join.

When it comes to the animal kingdom, certain species are able to intermix. Whitetails and mule deer sometimes crossbreed. Red deer and elk are near enough in lineage to produce fertile offspring—though only in captivity or when game-farm escapees are involved, since the Atlantic Ocean separates wild herds.

Nearly a century ago, biologists believed they’d found an elk-moose cross. Details are limited and photos nonexistent, but in 1925, rangers in Montana’s Deerlodge National Forest reported a creature with exceptionally odd antlers. Estimated at three years old, this “elk with the funny horns” and a strange body was thought to be the offspring of a moose and an elk. The “melk” often grazed and socialized with local elk.

Five years later a hunter killed the animal, which reportedly weighed close to 1,100 pounds—monstrous by elk standards. The oddity even drew the attention of The New York Times, which published a short article about it in December 1931. But no one knows the whereabouts of the beast’s rack or any other remains. Without a genetic sample, it’s impossible to verify.

“No, that is not possible,” he says without hesitation. Although moose and elk are both deer species, the chances of the two reproducing are slim to none. “Elk and moose belong to different subfamilies of deer—genetically very far apart and totally incompatible.”

Elk and red deer share the same genus, Cervus, and are closely related despite millennia of geographic separation. Moose belong to Alces, many branches away from Cervus. To further confuse things, in Europe, moose are actually called elk.

Geist says it’s not uncommon for moose to have elk-like antlers—all tines and no palms—and smaller-than-usual bodies. In fact, he says those are common traits in malnourished Shiras moose in the Lower 48, as well as in western Siberian/European moose and a Manchurian dwarf moose known as the Ussuri moose.

Elk with palmated antlers, on the other hand, are very rare. Aging bulls sometimes develop bladed tines, while injuries, disease or hormonal imbalances can send antlers awry for a moose-like appearance.

The moose-elk myth still crops up on search engines and pseudo-science websites, but 90 years after that oddball roamed the Deerlodge, the chances it was an elk-moose are on par with confirming a Bigfoot.