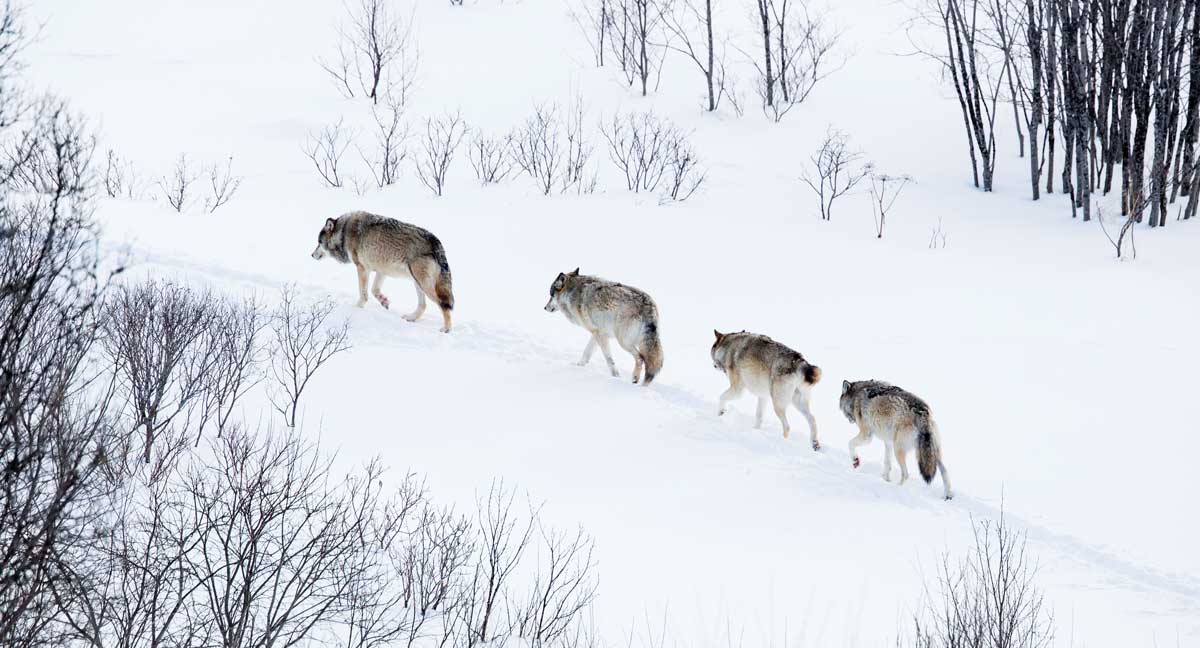 MISSOULA, Mont. — The Rocky Mountain Elk Foundation strongly supports the decision by the U.S. Fish and Wildlife Service (USFWS) to remove gray wolves from the list of endangered and threatened species.

“RMEF firmly supports the removal of federal protections for wolves so they can be appropriately managed by state wildlife agencies through regulated hunting and trapping,” said Kyle Weaver, RMEF president and CEO. “The wolf population continues to surge in the western Great Lakes states and Northern Rockies. Montana’s wolf population is 500 percent above USFWS recovery goals while Idaho’s is nearly 700 percent above and Wyoming’s stable population remains a testament to the success of state management.”

Additionally, wolf populations are well above state management plan levels in Michigan, Minnesota and Wisconsin while modern era numbers are the highest they have ever been in both Oregon and Washington. Active wolf packs are also confirmed on the ground in California and Colorado with confirmed sightings in other states.

RMEF remains a long-time advocate for state management of gray wolves, which is in line with RMEF’s support of the North American Wildlife Conservation Model, under which state management of wildlife along with the financial contributions from hunters dramatically increased wildlife populations across the United States over the last century.

“Our state wildlife agencies have the experience and knowledge to manage wolves, just as they manage elk, bears, deer, mountain lions and all other wildlife,” added Weaver.

Looking beyond the continental United States, there are 7,000 to 11,000 wolves in Alaska and approximately 60,000 in Canada.