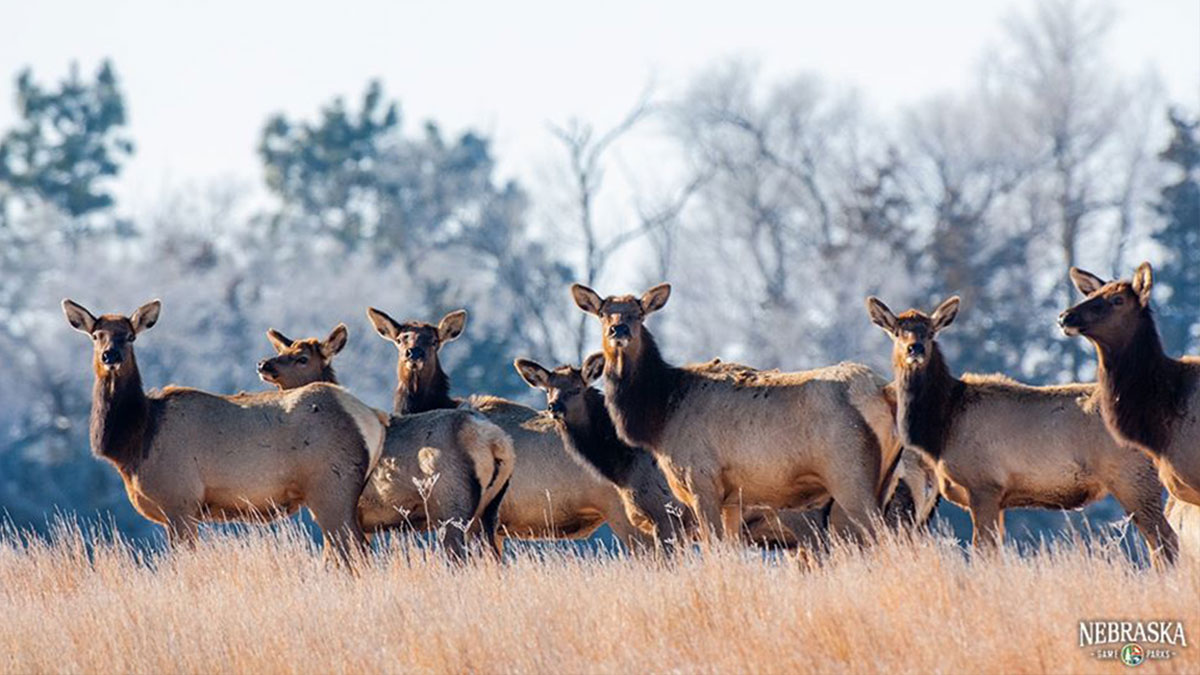 As part of its mission to acquire as much scientific knowledge as possible about elk and elk habitat, the Rocky Mountain Elk Foundation provided more than $29,000 to assist the Nebraska Game and Parks Commission and other partners with a new, comprehensive study in western Nebraska. The seven-year research project will provide information to help biologists better guide the state’s elk management efforts into the future.

Utilizing both public and private land across Nebraska’s elk range, including habitat RMEF helped enhance, researchers will deploy 80 trail cameras in each of seven different management units to establish a population monitoring tool for both elk and deer populations.

Historically, elk, mule deer and white-tailed deer spread across the Great Plains but elk were extirpated in the late 1800’s. Sporadic sightings of elk again took place beginning in the 1950’s. By the 1970’s, a resident elk herd took up residence in the Bordeaux Creek drainage near Chadron. Since then, elk populations expanded both numerically and geographically.

Currently, elk live in the entire Pine Ridge, the North Platte River Valley from the Wyoming-Nebraska border to Lake McConaughy, the Niobrara River Valley, the Loess Canyons southeast of North Platte and in scattered groups becoming established in the Sandhills and Loess Hills in central Nebraska, with individual elk wandering across much of the state.

Elk and deer are important to multiple stakeholders as a valuable hunted resource but also present a potential source of crop damage. Because of this, managers are seeking detailed information in order to better manage big game. Recent research shows techniques utilizing remote cameras is a proven and valid way to estimate ungulate populations. The primary goal of this scientific effort is to apply these techniques to develop a framework to produce population estimates for ungulate species, specifically elk, whitetail and mule deer in Nebraska.