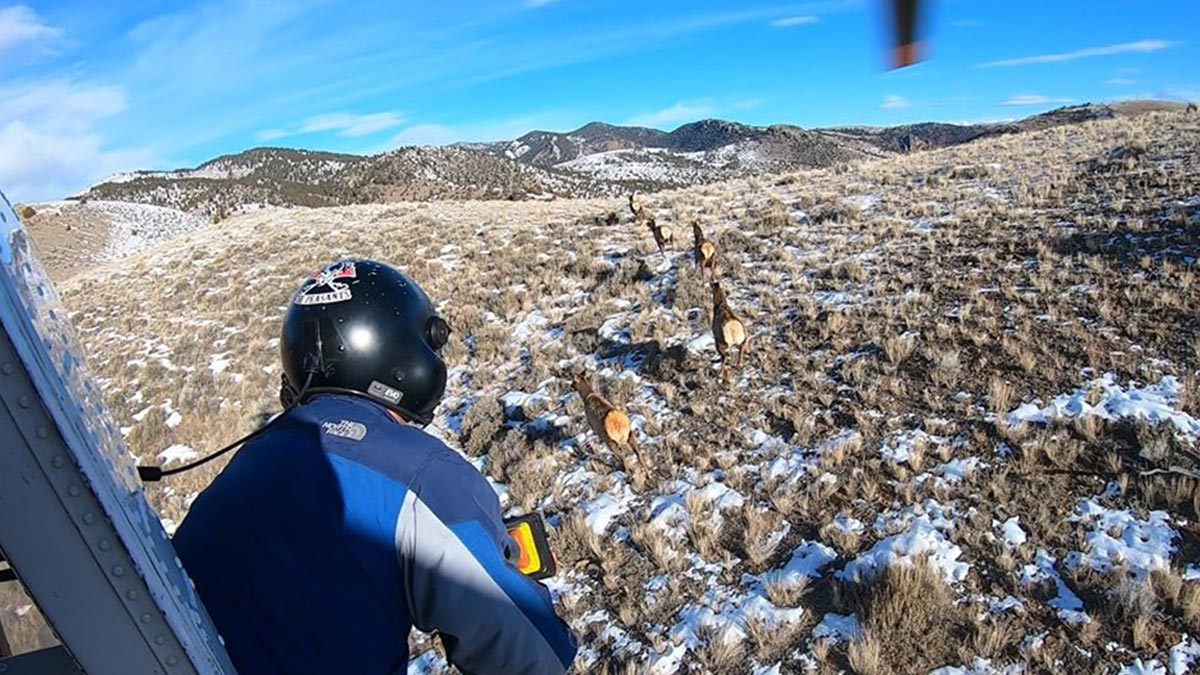 Two elk sampled recently in the Ruby Mountains were found to be seropositive for brucellosis, indicating they’ve been exposed to the disease. The Ruby Mountains are currently outside but near the boundary of the Montana Department of Livestock’s Designated Surveillance Area, an area where livestock brucellosis testing and traceability requirements exist due to the presence of brucellosis in elk.

These seropositive elk were two among 100 elk sampled by Montana Fish, Wildlife & Parks (FWP) in the Ruby Mountains this year. The sampling is part of the ongoing Targeted Elk Brucellosis Surveillance Project. The goal of the project is to determine the presence of brucellosis in elk and understand the movement patterns of elk populations. This research provides important data on the overlap between elk and livestock on the landscape.

“The discovery of brucellosis-exposed elk in the Ruby Mountains emphasizes the importance of elk surveillance near the boundary of the DSA,” said Montana State Veterinarian Martin Zaluski. “We appreciate the continued partnership with FWP which helps us identify where livestock are potentially at risk.”

Brucellosis is a bacterial disease that infects cattle, bison and elk and can result in abortion or the birth of weak calves. The disease is primarily transmitted through contact with infected birth tissues and fluids.

FWP will also conduct another brucellosis-related capture in the Bangtail Mountains between Bozeman and Livingston. The Rocky Mountain Elk Foundation provided support for this surveillance over the past several years.