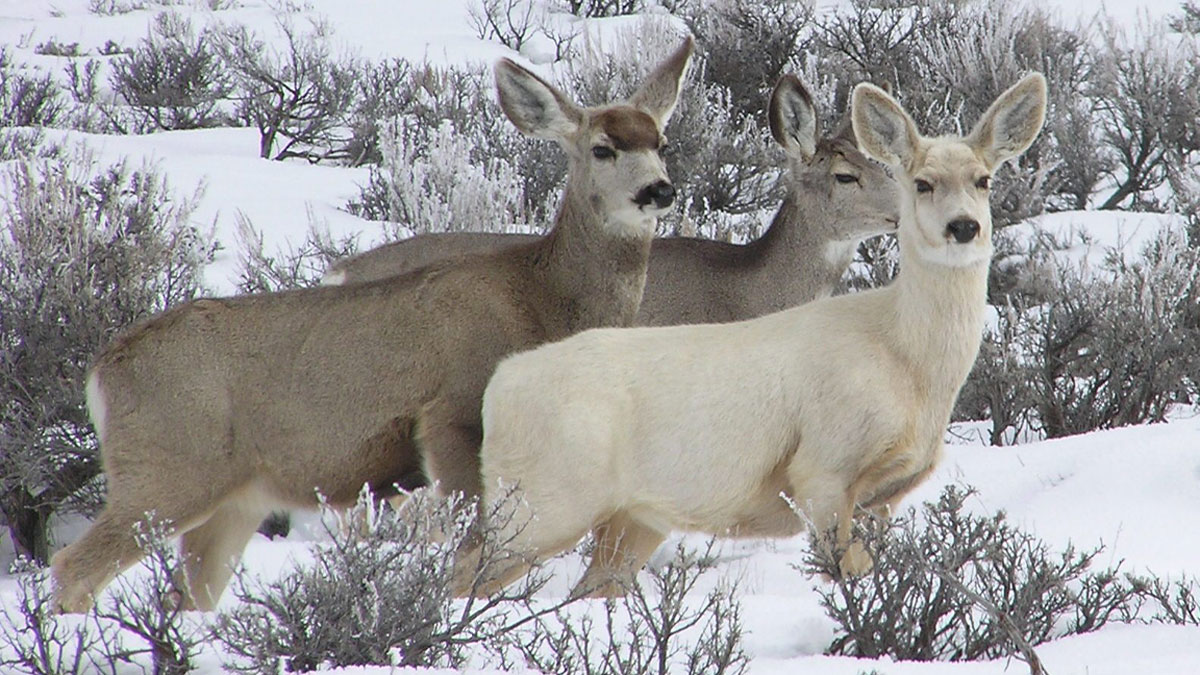 Statewide winter survival for mule deer fawns and elk calves fitted with tracking collars was average to slightly above average through the end of February.

“From a statewide perspective, winter survival is tracking very close to what we saw in past two years,” said Toby Boudreau, deer and elk program coordinator for Fish and Game. “If we continue on that trajectory, that’s good news because we ended up with above-average winter survival in both 2019-20 and 2020-21. And every mild winter we can stack together is another step in the right direction for our mule deer herds.”

Fish and Game biologists are monitoring 222 mule deer fawns and 201 elk calves that were captured in early winter and fitted with tracking collars.

With warmer weather arriving in parts of the state, the early survival reports are encouraging. But threats to young animals trying to survive their first winter are not over because cool spring weather can be fatal to fawns and calves, and biologists will continue monitoring animals until late spring.

“We are doing pretty well through the end of February, but at this point, it’s too early for us to assume anything about the final survival numbers,” Boudreau said.

Depending on weather, March and April are often when fawn and calf mortality is the highest because the young animals’ fat reserves are largely depleted and their digestive systems need time to convert to digesting fresh, green forage.

For mule deer fawns in particular, a stretch of cold, wet weather in the early spring can substantially decrease survival, and biologists can see winter-related mortality as late as May.

A recent example was the winter of 2018-19, a year in which fawn survival was tracking pretty close to average at the end of February, at 78 percent. A prolonged wet and cool spring caused winter fawn survival to take a substantial dip, however, and the final survival numbers (42 percent) ended up well below average for the end of May (58 percent).

“At this stage, how soon winter truly ends, and how soon we start to see that spring ‘green-up’ on south-facing slopes is really the critical factor,” Boudreau said. “If we continue to have warm, sunny weather through March and April, we should see survival numbers come in similar the past two years and above the long-term average.”

Fawn and calf survival is critical to growing herds, or sustaining current populations, and survival of young mule deer has a direct relation on the fall deer harvest because yearling bucks typically make a up a significant portion of the overall mule deer harvest.