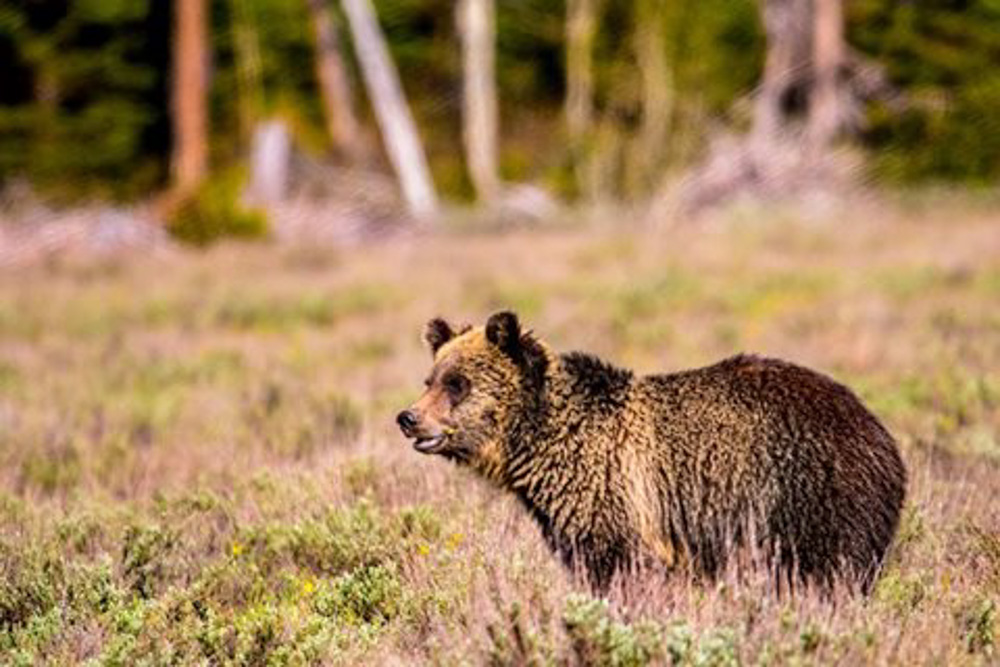 Below is a news release from the Wyoming Game and Fish Department. The Rocky Mountain Elk Foundation maintains that state agencies should manage grizzly bears just as they manage all other wildlife.

Governor Mark Gordon announced that the State of Wyoming is seeking state management of grizzly bears in the Greater Yellowstone Ecosystem (GYE). The State is petitioning the U.S. Fish and Wildlife Service to delist the GYE grizzly bear population, following 46 years and more than $52 million in investment from Wyoming. Grizzly bears, by all measures, have been fully-recovered since 2003.

“This is a notable day of celebration not only for the grizzly bear, but for Wyoming. The Greater Yellowstone Ecosystem grizzly bear has met and exceeded all scientific benchmarks for recovery,” Governor Gordon said in a press conference. “We have proved time and time again that we are experts in wildlife conservation for our state’s valued and iconic species. It’s time for grizzly bears to be returned fully to the states for management, as our citizens have supported recovery efforts and seen monumental success.”

Wyoming already has a grizzly bear management plan in place, and it will be amended to recognize the necessary legal requirements to satisfy the Endangered Species Act requirements for post-delisting management.

Today, there is an expanding number of grizzly bears that have grown beyond the edges of the bear’s biological and socially suitable range. With refined population estimates, data shows the population numbers more than 1,000 bears, far beyond all scientific requirements for a recovered, viable population. With this data, the state intends to adopt new annual management targets and mortality thresholds to ensure the population remains well-above minimum federal thresholds.

Wyoming also intends to directly address concerns raised by the courts in the 2017 delisting. The State is amending grizzly bear management policies that will adjust the annual management and mortality targets. Wyoming also intends to use and update plans to recognize the updated population model now adopted by grizzly bear experts. Last, the State is committed to the bear’s long-term genetic health and will provide for translocation of bears into the population, as needed to maintain genetic diversity.

“With management, we are vowing — and committing — to long-term grizzly bear conservation,” Gov. Gordon said.

The State of Wyoming is in the process of making these additional legal and policy commitments, and the petition will be filed in the coming weeks. Wyoming is currently amending management agreements between Idaho and Montana. Those agreements, known as the Tri-State MOA, will be reviewed by the Wyoming Game and Fish Commission in the coming weeks.