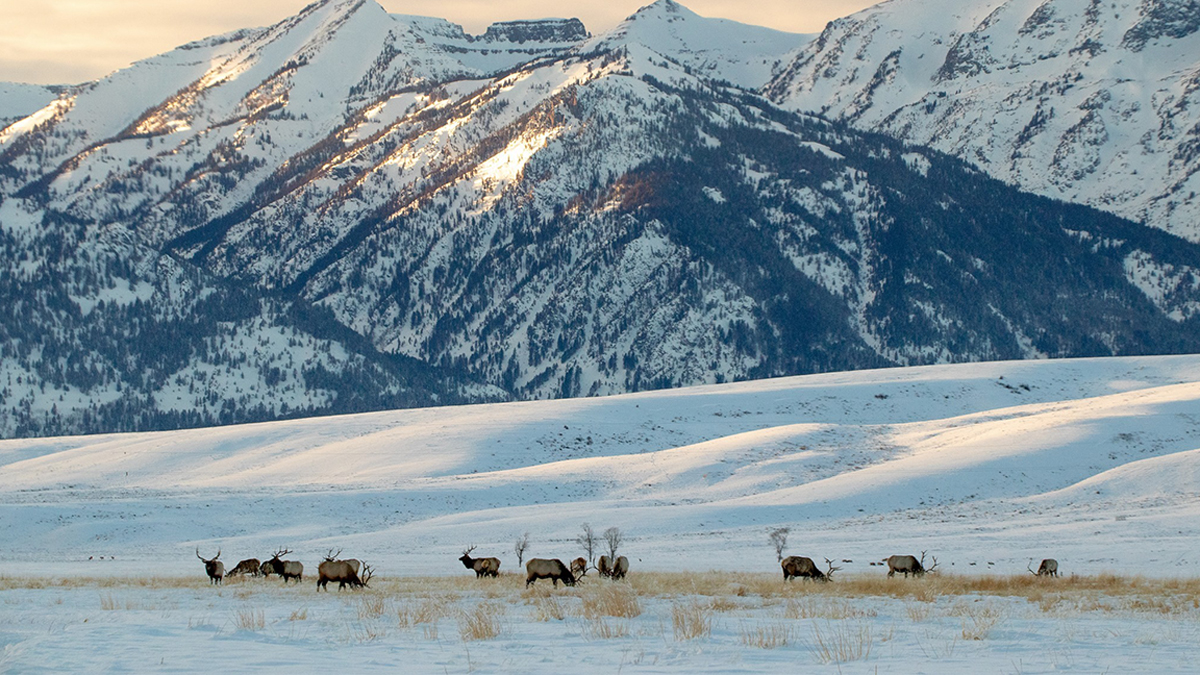 Below is a news release from the U.S. Geological Survey. The Rocky Mountain Elk Foundation does not have an official position on feedgrounds but defers to state wildlife agencies.

A new publication funded by the North Central CASC examines how human activity and weather are affecting the rate at which elk aggregate and gather, thus influencing wildlife disease transmission patterns.

Wildlife disease occurrence is on the rise across the globe due to a multitude of factors, many related to human induced changes. Across different animal groups, the aggregating, or gathering, of individuals often is associated with disease prevalence due to increased proximity and contact, which facilitates transmission. Ungulates are one of the most notable species group to display this aggregation behavior, especially during migration. Chronic Wasting Disease (CWD) is a prime example of a wildlife pathogen found in ungulate species across North America that is enabled and spread by aggregation. However, there is limited research available that looks at the natural and human causes of aggregation among ungulates and actions that could possibly reduce contact rates. Such information would be highly valuable to wildlife managers who are working to reduce disease transmission.

A recent study supported by the North Central CASC researcher Tabitha Graves, in partnership with USFWS and USGS Disease Program, developed a framework that quantifies the effects of wildlife management actions and weather patterns on driving interaction rates, which was then piloted on the National Elk Refuge in Wyoming. The research team utilized elk location collar data for a 3-year period to model contact rates resulting in a variable representing the proportion of time two elk were close to one another, to quantify potential drivers of aggregation. Additionally, weather-related effects and human-related effects, such as supplemental feed and hunting pressures were also evaluated.

Results of this research showed that supplemental feeding was the most significant driving force of wintering elk herds gathering in the study area and weather-related factors, such as snow coverage, were the second strongest driver, although much less influential. This novel research highlights the effects that human-related factors, such as supplemental feeding, have on aggregation even in animal groups that naturally cluster together. This work provides wildlife managers with a framework for evaluating management activities that could affect wildlife contact rates and disease transmission rates under changing climate conditions.