Elk NetworkOnlookers Dig Elk Out of Avalanche, Save Its Life 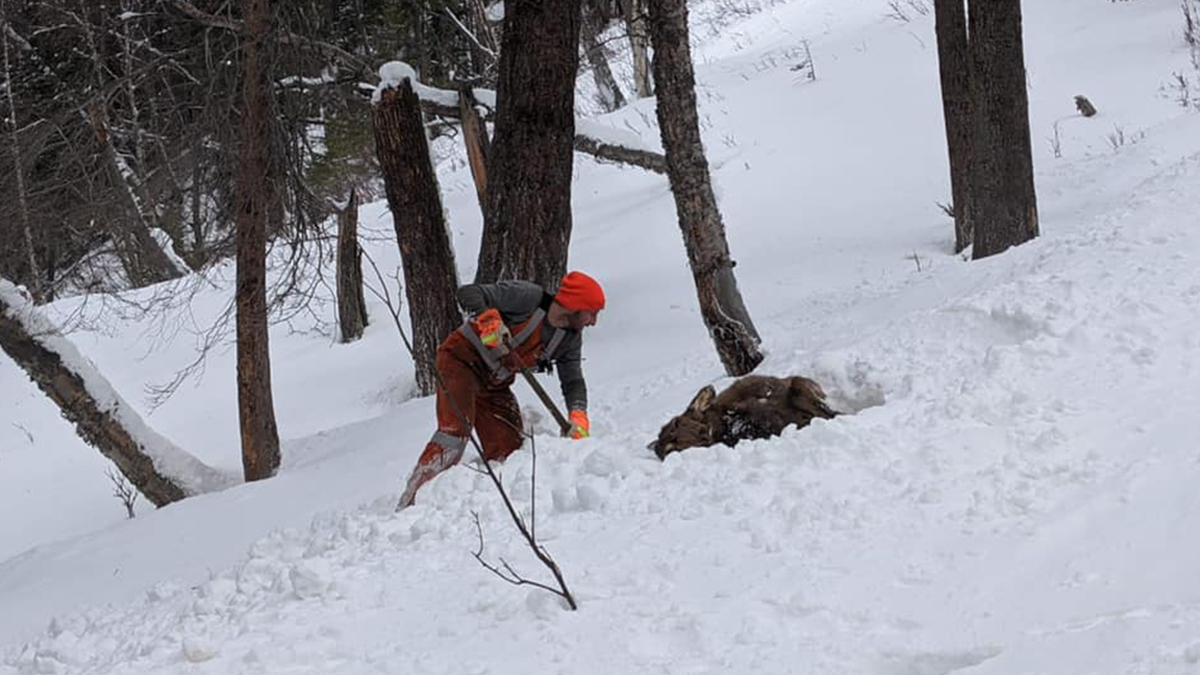 Jesse Dahlberg and a friend sat in a car and watched from a distance as crews used explosives to trigger avalanches near the small town of Field in southeast British Columbia, about 130 miles west of Calgary, Alberta. However, right before the explosion, he spotted a lone elk standing in the path where the avalanche would go.

“I didn’t know how big the avalanche was going to be, so I was hoping for the best, and when I saw it. I thought there’s no way that elk is going to survive,” Dahlberg told CBC News. “That wall of snow caught up to that elk so fast and just blasted it.”

A few minutes later he went to find out if it survived only to see something poking out of the avalanche field – an eye, a nose and a patch of elk hair. He immediately used his hands to dig and called on his friend to get a shovel.

About 15 minutes later, they freed the young cow and amazingly it showed no signs of serious injuries as it stood up from what would have become certain death.

“I put my arms up and started cheering because I was so excited that it was alive. The whole time I didn’t know if its back was broken or its legs were broken,” Dahlberg told CBC News. “I was so happy.”