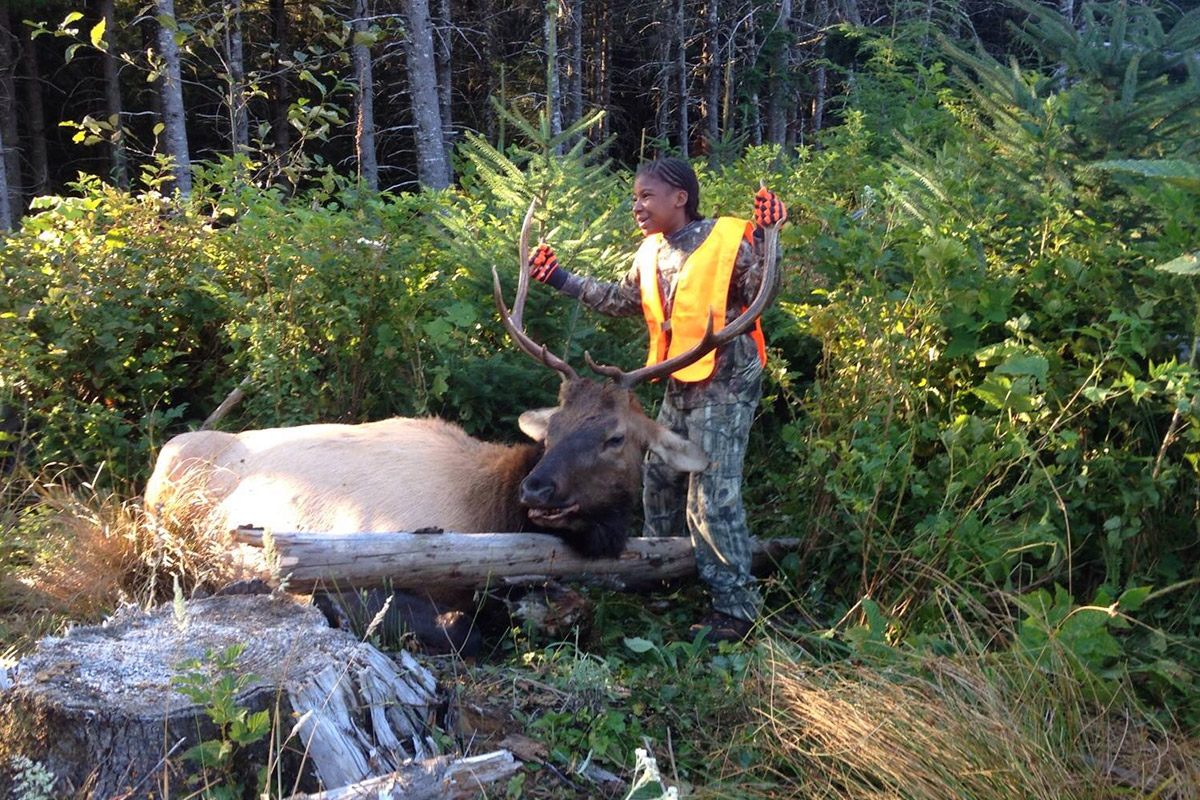 In 2006 Betsy Murphy was working for Stimson Lumber in Oregon when she got a call from the late Swede French, the Rocky Mountain Elk Foundation’s Oregon regional field director at the time, asking if they would be interested in allowing RMEF to host a hunt for terminally ill children on their 500,000 acres of prime elk property.

The hunt would be in collaboration with the Outdoor Dream Foundation, a family-run non-profit that originated in South Carolina to provide terminally ill children an opportunity to fulfill their outdoor dreams.

Several phone calls later Murphy was given the go-ahead.

RMEF hosted its first hunt with the Dream Foundation that year and has done one each summer since. Betsy Murphy has become the backbone of the program, organizing everything from the moment the child lands in Portland to when their flight home departs.

“I had volunteered for years with RMEF before I got involved in anything like this and let me tell you, it is something else,” said Murphy. “Unless you experience it yourself you just can’t understand how it feels to see what it means to these children.” The first few years were set up like an elk camp, tents and all. But with Oregon’s relentless rain and the heightened needs of the children, it was soon realized camping wasn’t going to work. For the last several years they have rented a large home on the border of Stimson Lumber’s Tillamook property, where Murphy says they provide “the comradery and experience of an elk camp, but in a house.”

Stimson Lumber closes off its adjacent land, which is typically publicly accessible, at the height of bow hunting season to accommodate the dream hunt. Stimson Lumber also provides foresters whose main objective is to scout for elk ahead of the hunt and help the youth find them.

The Outdoor Dream Foundation works with the state of Oregon to secure a tag similar to a governor’s tag for the hunter. In 16 years, all but one child has taken an elk.

“It is rewarding but heartbreaking,” said Mark Allard, the volunteer dream hunt guide. “But knowing we could bring a little sunshine into their life is well worth it.”

After the hunt, RMEF facilitates whatever the child desires, whether it be horseback riding, fishing, clamming, sightseeing, helicopter rides, bear hunting—you name it. They pay for the elk to be processed however the hunter wishes and they have a taxidermist for mounting as well. Whatever RMEF’s grant doesn’t cover, Stimson Lumber pays for.

“We have lost a few of the kids over the years which is always hard,” Allard said, “but it is really gratifying to see the kids and the struggling families get to let loose and enjoy themselves and forget about their struggles, if only for a short time.”